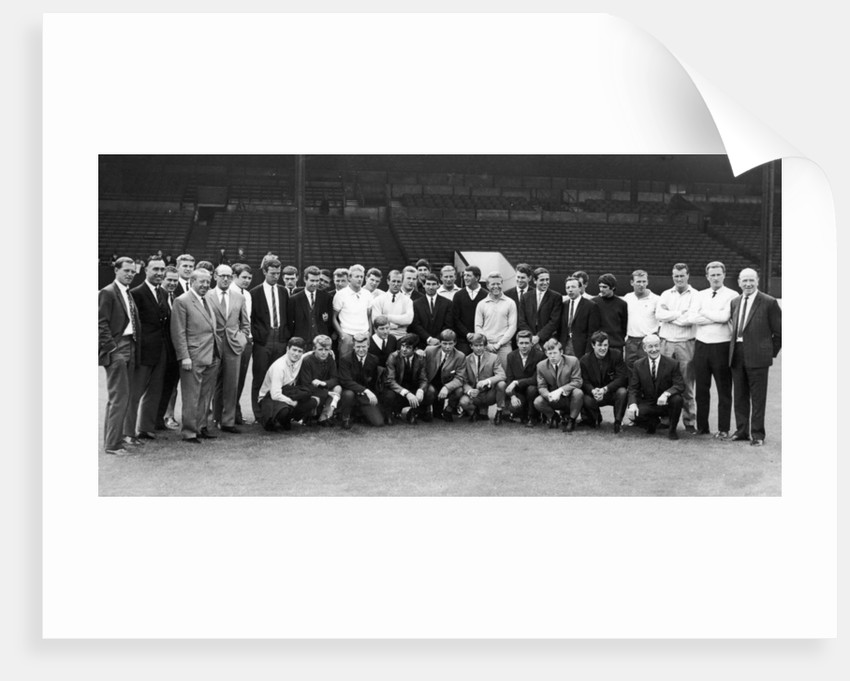 1964...and a couple of strangers have slipped into the team picture as Manchester United report back for training

We use a 280gsm fine art paper and premium branded inks to create the perfect reproduction.

Our expertise and use of high-quality materials means that our print colours are independently verified to last between 100 and 200 years.

Every framed picture is created by hand in our workshop by specialist framers.

All our frames have a smooth satin finish, and measure 20mm (front face) by 23mm (depth from wall).

Luxurious 400gsm artist-grade canvas with a subtle textured finish, guaranteeing a consistent reproduction of the image's detail with outstanding clarity and precision.

All our frames and canvas stretcher bars are created from a solid piece of pine sourced from sustainable European forests.

Read more about our canvas prints

Send to your friends & family, or keep them for yourself - our 320gsm postcards make great little pieces of art, either on their own or combine many cards into a single display.

Send some art to your friends & family - for a birthday, an invitation or just because.

All greetings cards are supplied blank for your own message with a blank white envelope.

Manufactured in the UK

All products are created in our Surrey print factory in the UK, and we are the trusted printing partner of many high profile and respected art galleries and museums.

We are proud to have produced over 1 million prints for hundreds of thousands of customers.

We will happily replace your order if everything isn’t 100% perfect.

Product images of 1964...and a couple of strangers have slipped into the team picture as Manchester United report back for training 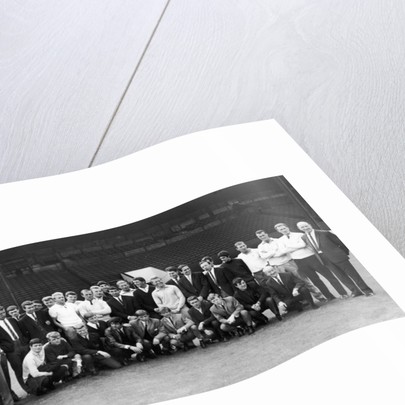 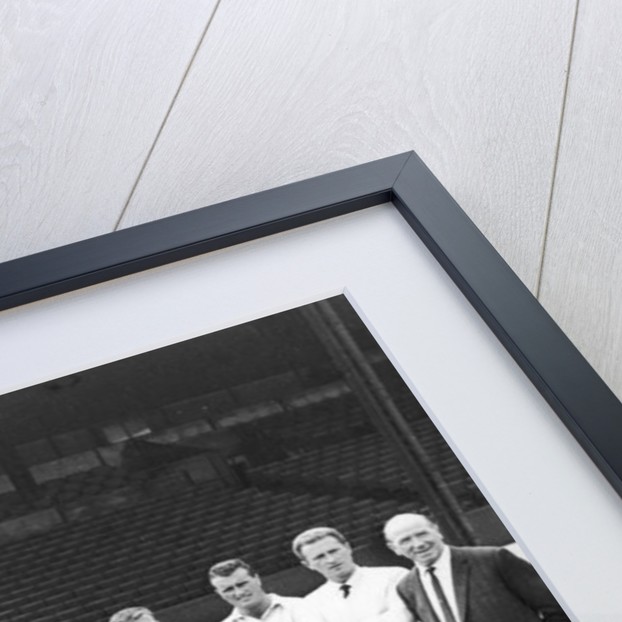 Product details 1964...and a couple of strangers have slipped into the team picture as Manchester United report back for training

1964...and a couple of strangers have slipped into the team picture as Manchester United report back for training

More by the artist Staff.

This image on other products

Yes we are open! Orders are being despatched with a 3–5-day delay.